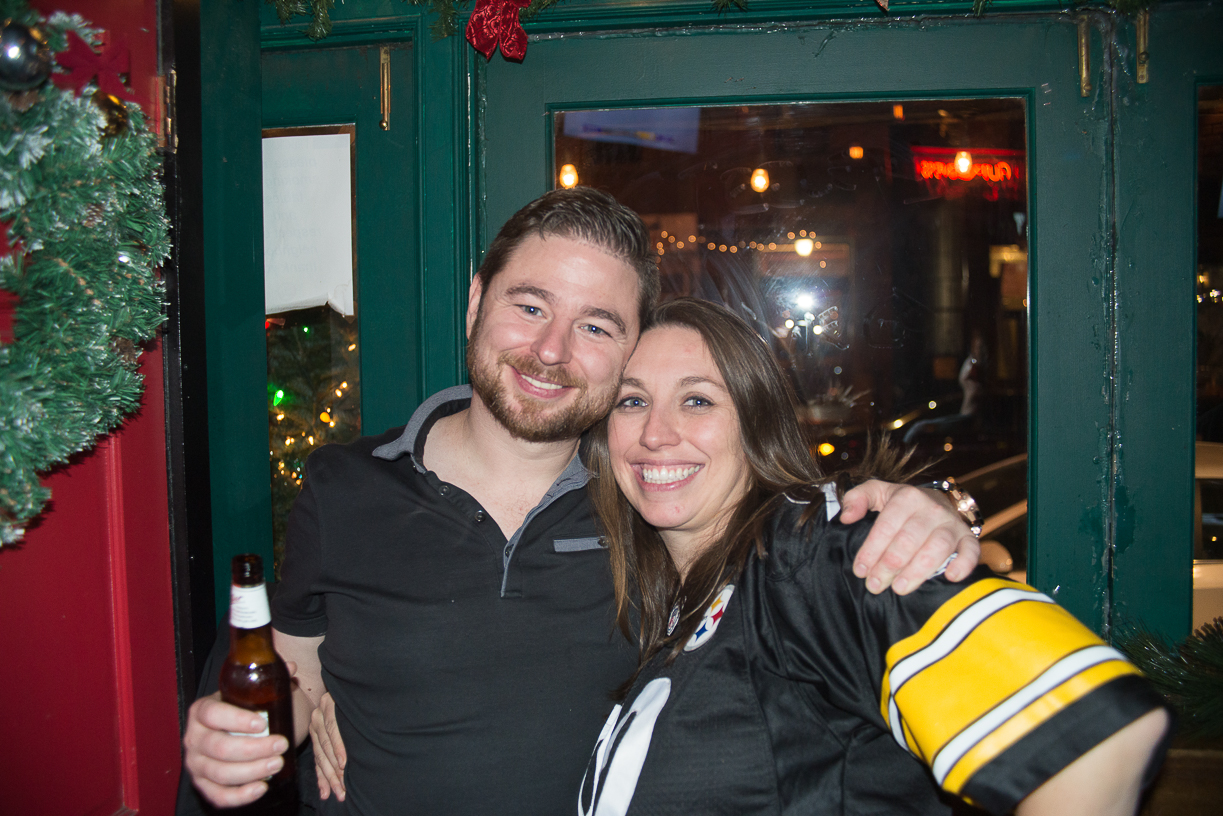 Calling all Steelers fans! Grab your Terrible Towel and head on over to Hibernia, the best Steelers Bar in NYC!  Grab a seat at one of the best authentic neighborhood sports bars in New York, and watch your favorite team drive it down the field. This is the spot for congregating in your black and gold with like-minded fans to cheer on Big Ben and the gang!

Clearly, the best place to watch a Steelers game is at Heinz Field, but for those of you that can’t make it then Hibernia Bar is the Heinz Field of NYC.

If you happen to be from out of town you may have noticed it’s hard to find a Steelers game on TV around here.

Don’t worry! If you are looking for a place to watch your Steelers, look no further than Hibernia!

We always welcome Steelers fans and the game is always on when you come in. Wave your terrible towel and have a great time cheering on the Steelers to victory, we will keep you safe from all of the Giants and Jets fans out lurking around!

There isn’t a bad Seat in the House

The perfect Steelers bar in NYC has four main staples: Steelers football, cold beer, great food, and lots of fun. Hibernia has all this and more!

We are passionate about our Steelers and on game day, have all of your football game day needs covered.

Every seat in the house is a good seat with large screens everywhere (we even have two large TV’s outside weather permitting) so you won’t miss one big play!

Hibernia has 6 huge HDTVs for your convenience and a large projection screen.

There is no such thing as a bad seat, you can see every play from anywhere in the bar (and our bartenders don’t channel surf, we watch the Steelers)!

As a long standing tradition we make sure that all of our Steelers Fans are not only taken care of, but also treated like they’d be at Heinz Field.

If Iron City beer isn’t your flavor Hibernia is a Hell’s Kitchen bar, so you know you can always get a perfectly poured Guinness here as well.

Hibernia has the best wings in Hell’s Kitchen NYC. They’re hot, fresh and have great flavors. The burgers and onion soup are killer, too! All of the food is top notch, and the kitchen is open super late for your convenience.

What You Should Expect From A Pittsburgh Steelers Bars in NYC

How About Hibernia’s Own Terrible T-Shirt?

Every Pittsburgh Steelers fan knows that their loyalty to the black, white and gold holds no bounds.

That’s why Hibernia Bar (literally the best Steelers Bar in NYC) has made it a priority to cater to those Steelers fans that are either visiting NYC or simply Pittsburgh ex-pats, we are here there for you.

Yeah, you’re definitely encouraged to bring in your terrible towels, but you can also purchase your own terrible t-shirt from us. You can also always pick up the classy Hibernia T-shirt and get your young ones started early with their own Hibernia onesie.